For a little more than 3 years, we've been battling water intrusion in the church basement when we experience heavy rainfalls. The first occurrence was Labor Day 2017. Since that time, we have experienced various degrees of flooding over a dozen times. Sometimes the water would just be contained to the concrete areas at the south end of the basement, but numerous times the carpet was wet. We fought hard to extract the water, and dry the rooms with fans and dehumidifiers.

Over the past 3 years, we have consulted with various experts in plumbing, waterproofing, etc. We've sent cameras into every possible sewer line in and around the building. We have excavated the south wall and waterproofed and installed new drain tiles. We have opened up the floor and installed a temporary sump pump in the area where the water comes in. We've learned that the church was built on top of an abandoned 42" sewer line. We built a bulkhead to isolate this abandoned line from the adjacent active line. None of these things have solved the flooding problem, but we've eliminated a lot of possibilities!

On the afternoon of July 10, heavy thunderstorms rolled through. The basement flooded, and we lost power for over 24 hours. With no power, the sump pump didn't run, and we could not make a good assessment of the space in the dark, nor start the drying process. There was less than an inch of water, but since it sat for about 36 hours, we had to cut out some drywall. Then in the early morning hours of August 28, we took on more water than ever. Nearly every inch of the basement had some water. We made the decision to remove all carpeting. It was just getting to be too expensive to try to save the carpet, which is over 20 years old. We rented a big dumpster, and about a dozen guys volunteered after church on August 30, and all carpet was removed within 2 hours. I'm happy to report that the new kitchen was not damaged.

The Board of Resources stepped up the pace of investigating, and along with some referrals from the architect we have been working with on Renewing OS projects, we have narrowed down the issue further. Bill Walton stepped in, and looked through original blueprints, mapped out sewer and drain tile lines, and spent hours communicating with the sewer contractors. At long last, we think we have it narrowed down. The proposed solution will require some digging, which we hope can begin in the next week. It's been a frustrating 3 years, and for the foreseeable future, the lower level is unusable, with the exception of the kitchen. As activities begin to restart in the coming months, we will navigate a way to make them happen until such time as the basement is restored. Thanks to all who have inquired, and offered their support. We WILL figure this out, and hopefully very soon!

Here is a video from water entering on September 1 to give you an understanding of why we are so glad that we may be nearing a conclusion to this problem.

Welcome to the New School Year

At Our Shepherd we are aiming toward the way things are supposed to be. The theme verse for this school year is “Arise, and shine, for your light has come” (Isaiah 60:1). The prophet Isaiah encourages us to have a vision of hope and restoration. There is the darkness of sin shadowing so much of what we experience in this world. We recognize that the main problem with things as they are is sin. Not just sin of others but our own sin as well. We miss the mark, and we struggle to make our aspirations concrete and real. Because of our common faith in Jesus Christ, we trust there is a light to shine in the darkness.

I know the faith and teachings of Our Shepherd are not shared by everyone in the world, and that even personally we may struggle to figure out how the faith we have been taught fits into this modern world. Recently, I have been thinking more about how people around me do not always see the world with the same set of beliefs or understandings of what is right and wrong. The conflicts and confusions I experience are not just a matter of philosophical or intellectual differences but more significantly the loss of shared stories. People do not react the way I expect, and resolutions to conflicts seem farther away from me. 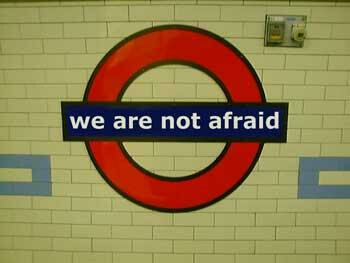 The way we react to what is going on around us is largely about trying to figure out what story we think is being written in this world. Do we have an active part in writing this story or are we just an audience? At Our Shepherd, I want each student, parent, faculty and staff member to know they are a part of how God’s story is being written in our community. No one should feel like an audience member to the working of God.

Kip Fox is a Lutheran singer/songwriter. Fox wrote in 2011 the song “This Dust.” The chorus of this song captures for me the conflicts of the story of life in this world and how we still have a story to share with the world around us.

Death is all around us

We are not afraid

Written is the story

Empty is the grave

We can bravely face struggle and death because we know that God is writing a story of hope and promise. I pray that this school year we will share in this story of hope and promise. We will deal with struggles in our community and world during this pandemic, yet we will be the light by sharing story of Jesus. The most important truth of the Christian faith is that death has been conquered by Jesus. We will be the light that shines in the darkness. We believe in the good news of Jesus Christ.

Be the light this new school year with confidence that God will be at work in our community. 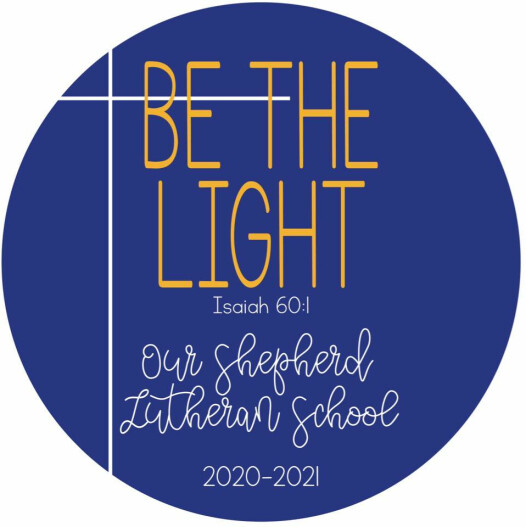 The Image of God in Christ Revealed

"[Jesus] is the image of the invisible God, the firstborn of all creation" (Colossians 1:15).

The reflection of God into this world will be difficult to see because of sin. We cannot see God with our own eyes. We will manufacture gods that satisfy our own desires for justification and power. Adam and Eve were created in the image of God but lost that image because of sin. We cannot look at each other and find everything God created us to be.

So God reveals himself and makes himself known in Jesus Christ. Jesus is the visibleness of God, the revelation of God in this world. When we see Christ, we see God and know what he is like. 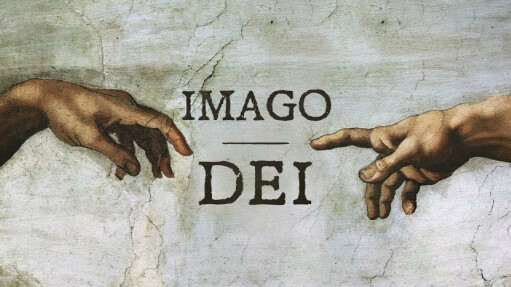 The image of God was lost and broken in Adam and all the sons and daughters of Adam. Jesus is the second Adam, born of Mary. As the second Adam he has come to restore God's image in this world. Believers in Jesus Christ are inheritors of the truth and promise of Jesus Christ.

"who though he was in the form of God, did not count equality with God a thing to be grasped, but made himself nothing, taking the form of a servant, being born in the likeness of men. And being found in human form, he humbled himself by becoming obedient to the point of death, even death on a cross" (Philippians 2:6-8).

Adam sinned with the ambition to be like God. Jesus, though he was God, emptied himself by taking on the form of a servant.

The fullness of God dwells in Christ, as we have faith in Christ we now dwell in this fullness. Our ambition and desire to become like God is set aside because this is a gift now received by faith. Through Baptism, the Word of God delivered in the water, God makes us a part of the body of Christ. His name now dwells upon us. His image is now how we sees us. His image is now how he calls us to see one another.

Now I didn't write in this post about the line "firstborn of all creation," but I will in the future show us how this line refers to the priority of Christ and not his being less than divine.

Support for the Mission of God at Our Shepherd Lutheran Church